With the micro plug screw disengaged, the plate can be lifted from the block leaving the idler gears, chip guards, and subplate resting on the block. These parts can now be lifted off of the block. 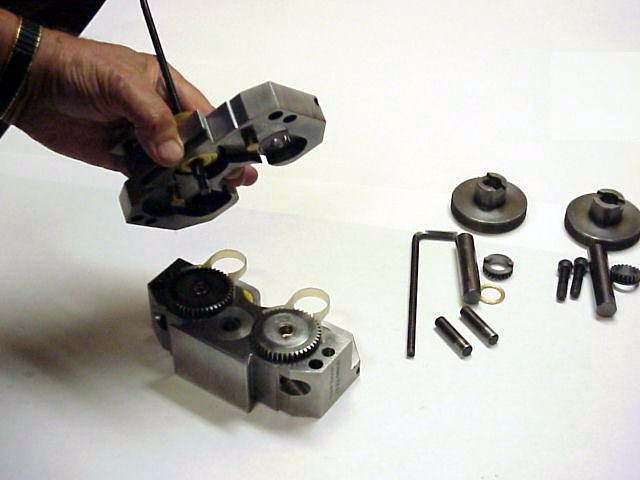